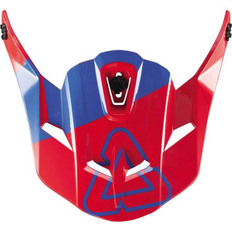 Time stands still. You’re in the middle of a jump, flying with your off-road motorcycle. This instant is frozen in time, you enjoy the flight; all that’s left is to wish for a good landing. And with Leatt landing is safer. There’s no doubt about it: Leatt is one of the brands that takes safety on two wheels seriously. Leatt arose from a true commitment to safety.

In 2001, Doctor Chris Leatt’s son started out in the motocross world. During his son’s debut, the Doctor witnesses the death of another competitor on the track due to a medullar lesion. Shocked by the event, Chris Leatt starts to design his first prototype of the neck brace and three years later, he markets them amongst the riders of his homeland, South Africa. This provokes that even motorcycle manufactures take an interest in his product, and in 2007 his neck braces are recognised worldwide as the best safety innovation. The sales hit the roof to the point of making them an obligatory element for off-road practise. In fact, his product is so well known, that specific bags for carrying the brace have been created.

But Leatt, apart from being the pioneer brand for neck braces, also has many more safety products. Their protections cover all the more critical lesion areas, such as knee guards and elbow guards, but also the most advanced integral protections which act like true armour. All in one piece. And, also, many of these integral protections are compatible with the neck brace.

No need to remind you that good protection on two wheels starts with the head. Leatt hasn’t forgotten this either: which is why they also produce off-road helmets. Like the rest of the Leatt products, they are the fruit of laboratory development and have a studied system for emergency removal.

Another section that Leatt has worked on, and a lot, is gloves. Most off-road gloves don’t have hard protections, but Leatt has opted for the construction of an exoskeleton in their models, giving a new twist to the protection of our hands. And on a more sports plane, Leatt complements safety with the creation of products to improve track performance, like the backpacks with hydration systems included.

Leatt is brand that has a scientific focus on all their products and which is why it is one of the reference brands of the sector. Gear up with Leatt at Motocard fly without fear!